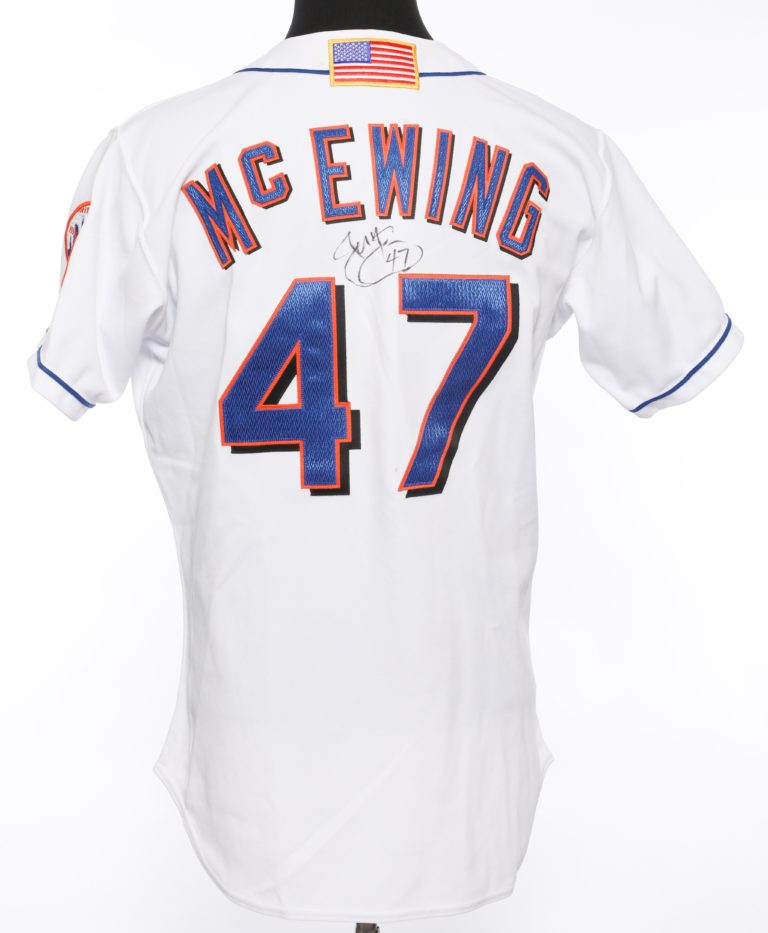 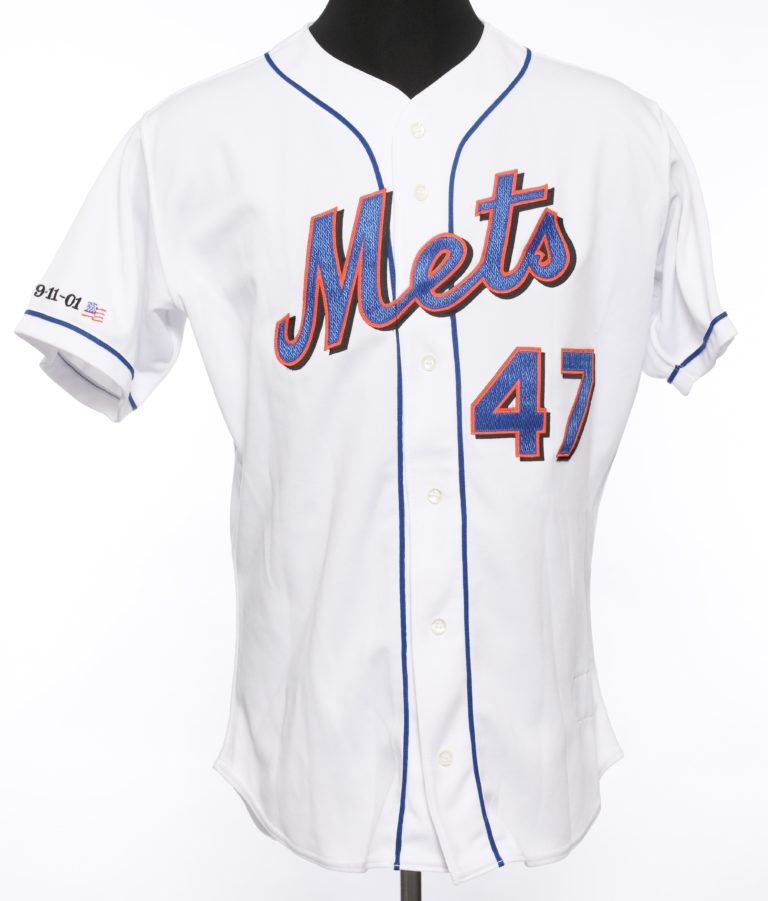 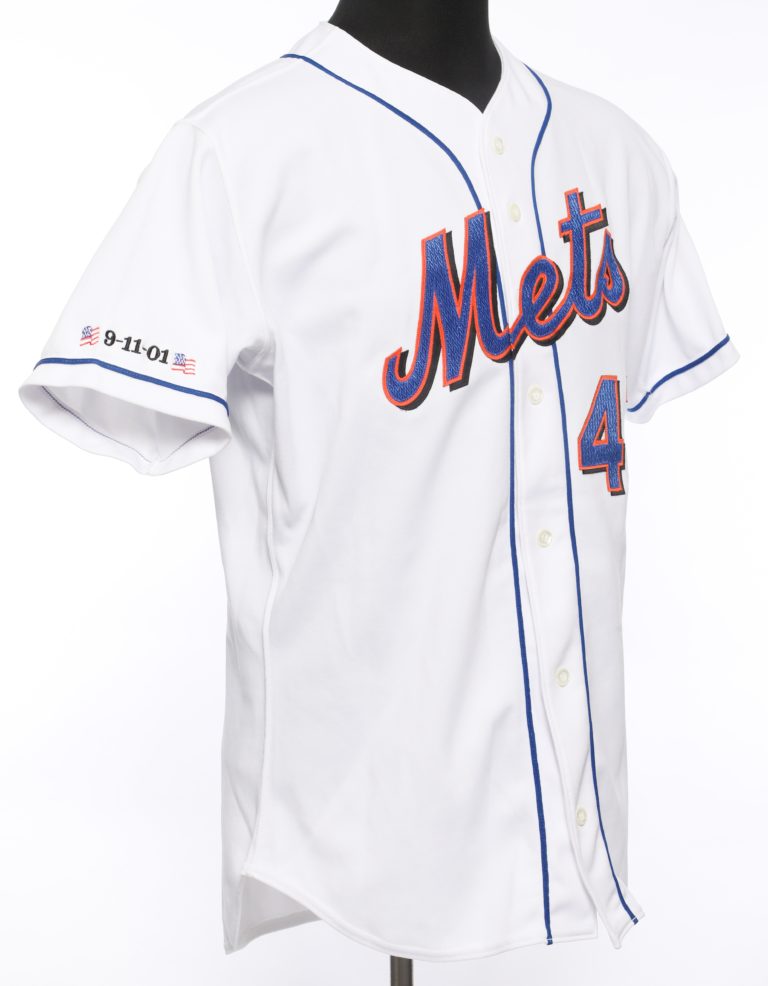 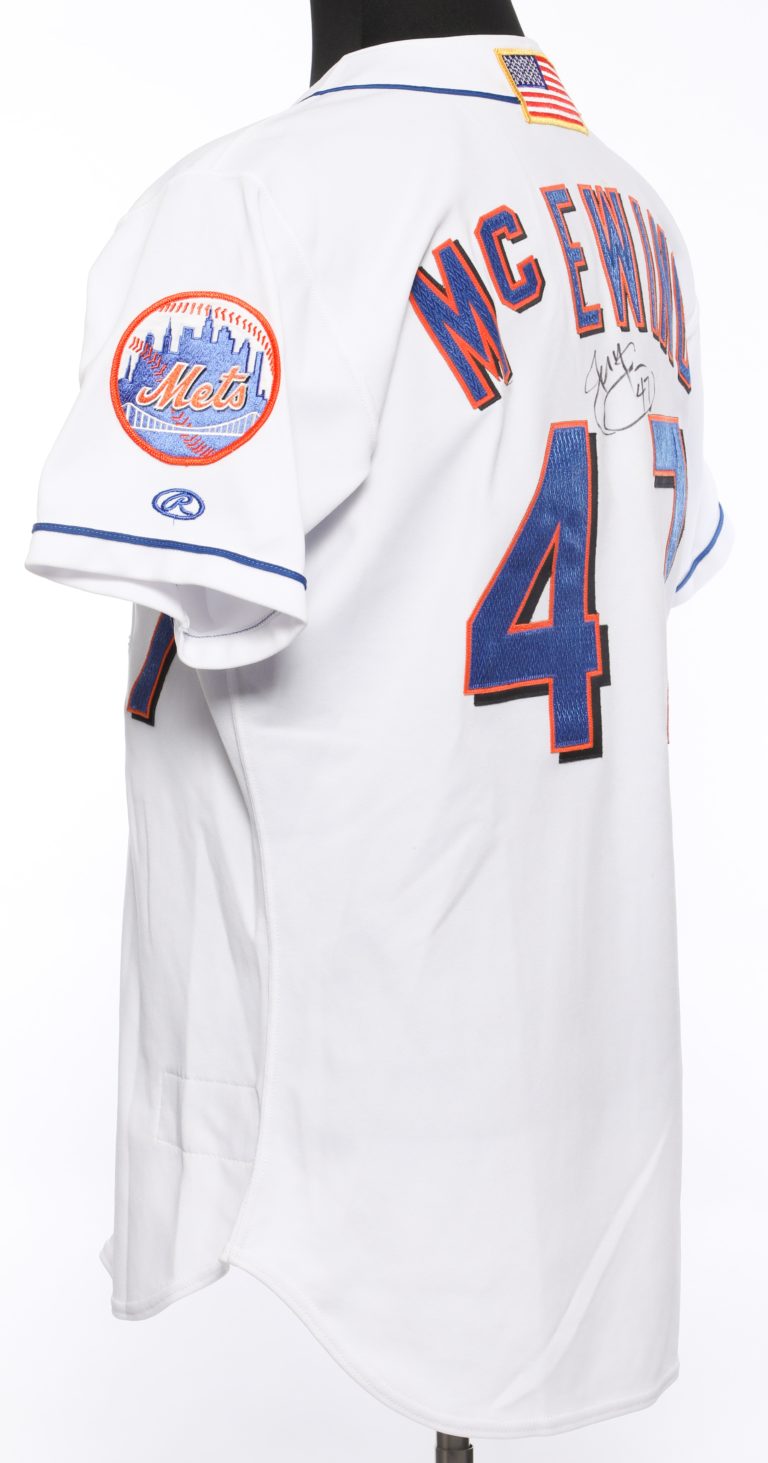 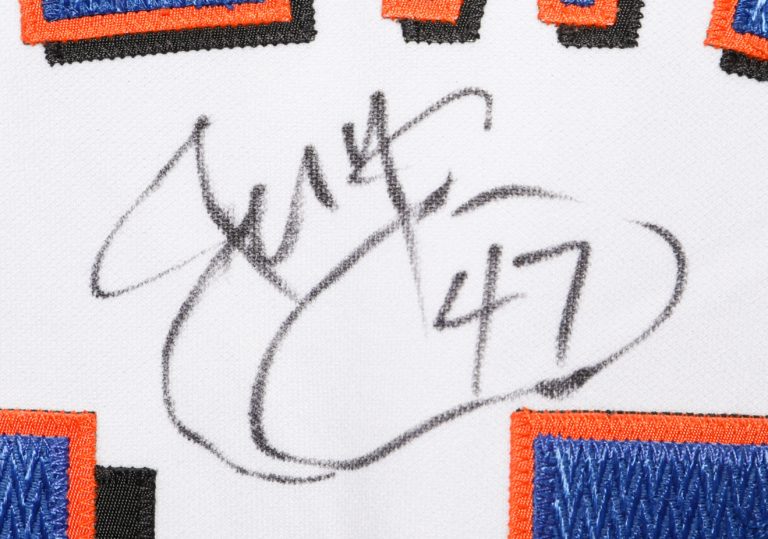 The Mets wore their feelings on their sleeves after the terrorist attacks on September 11, 2001. For the remainder of the season, the Mets played in jerseys embroidered with “9-11-01” and two American flags on the right sleeve. Utility player Joe McEwing, who wore this jersey, injected the Mets with energy as the team went on an 11-7 run to end the season after the attacks. He didn’t limit his contributions to the field, though. In the weeks after September 11, he pitched in as a forklift driver at Shea Stadium when the Queens ballpark became a hastily arranged staging area for relief efforts.

America Is the Home Team
Franco’s Most Important Outing
Related 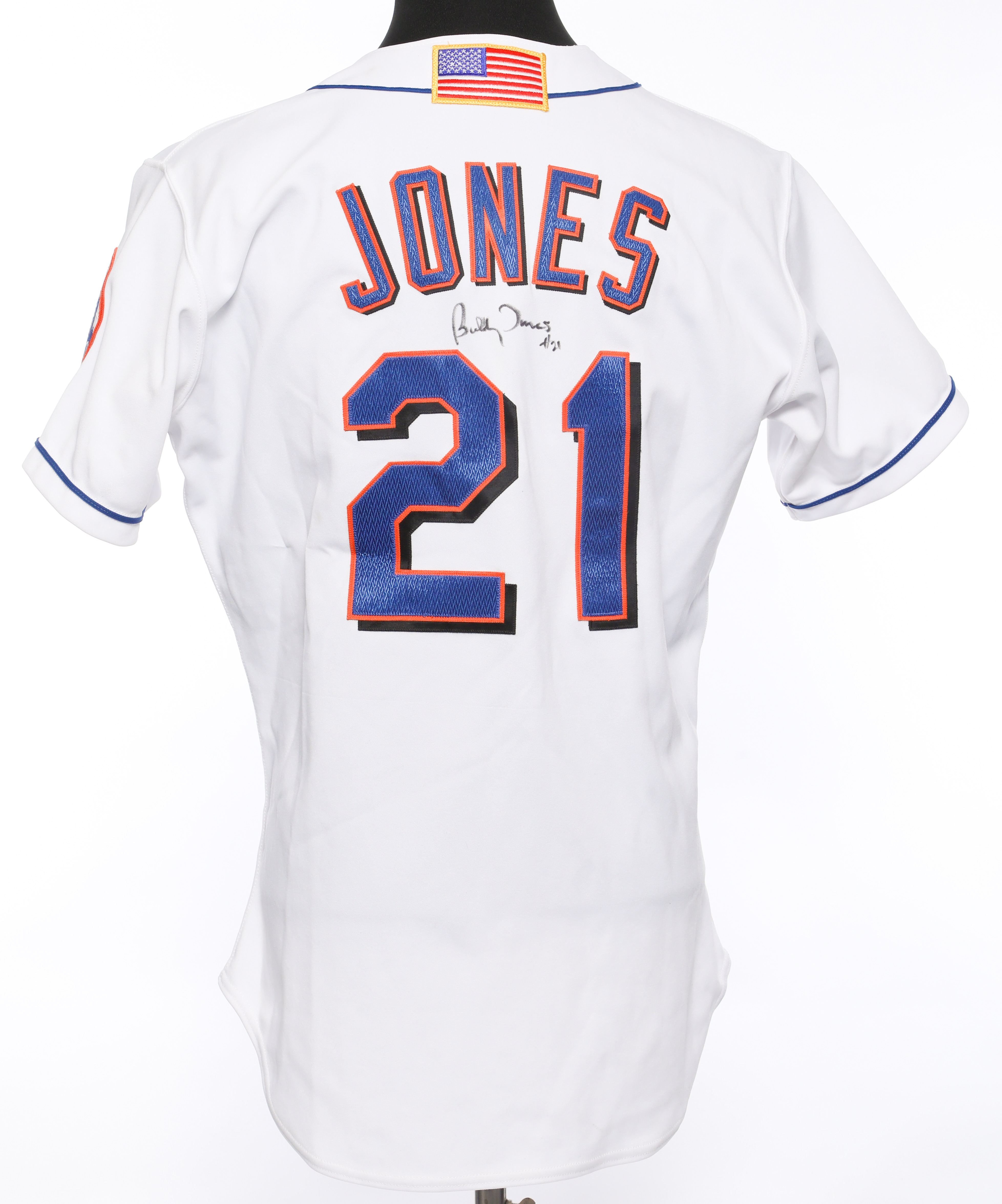 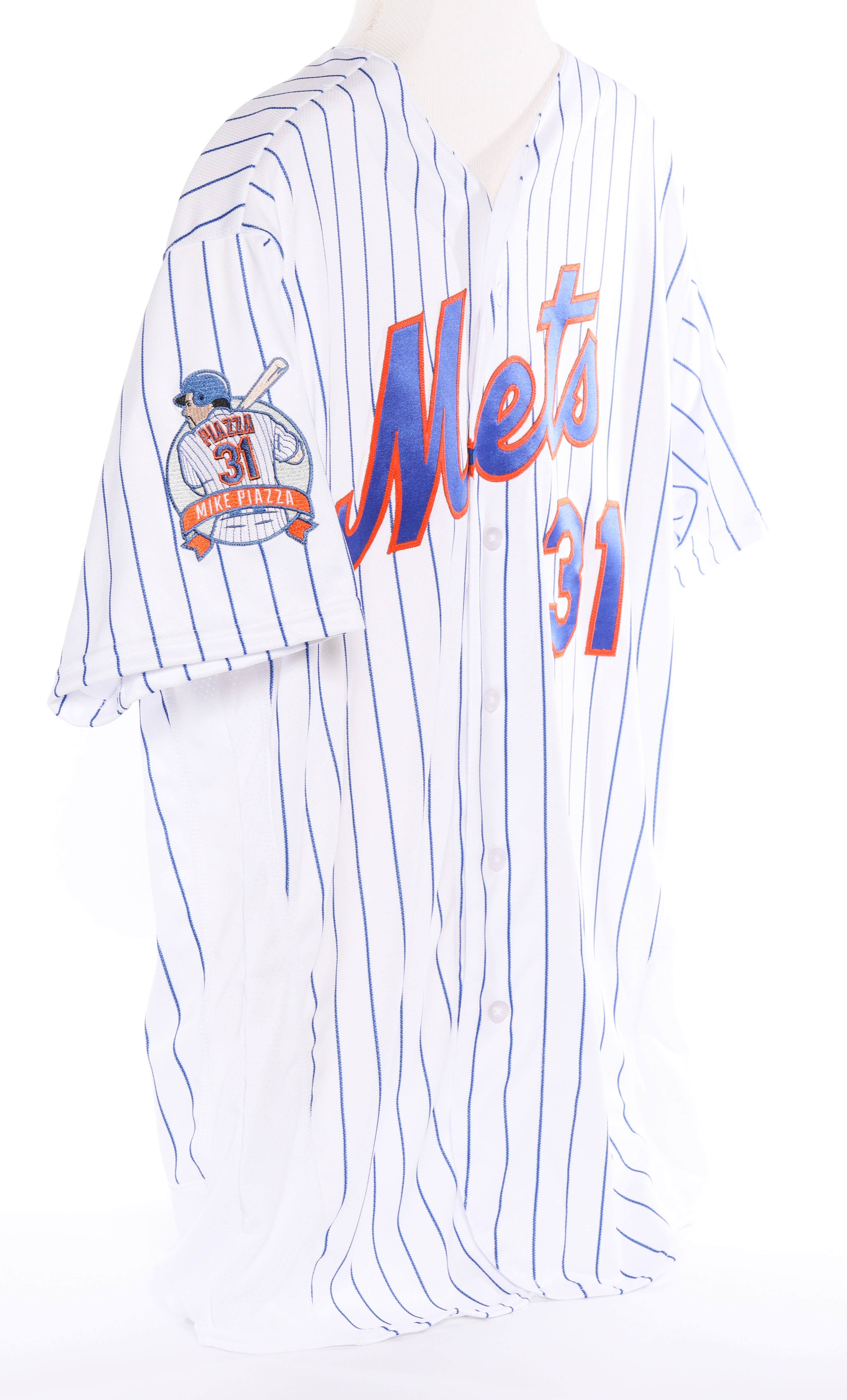