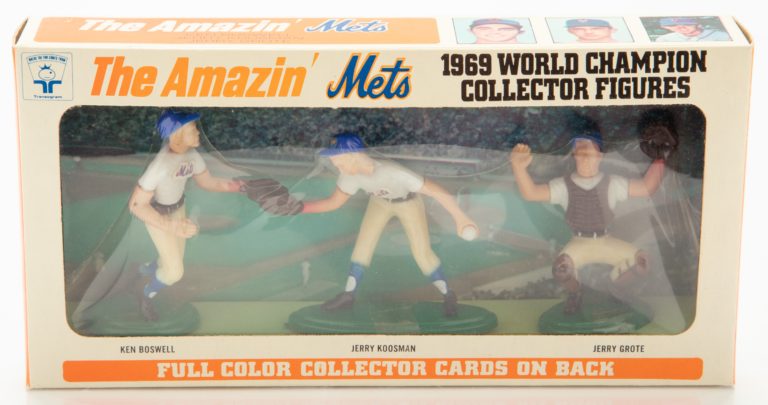 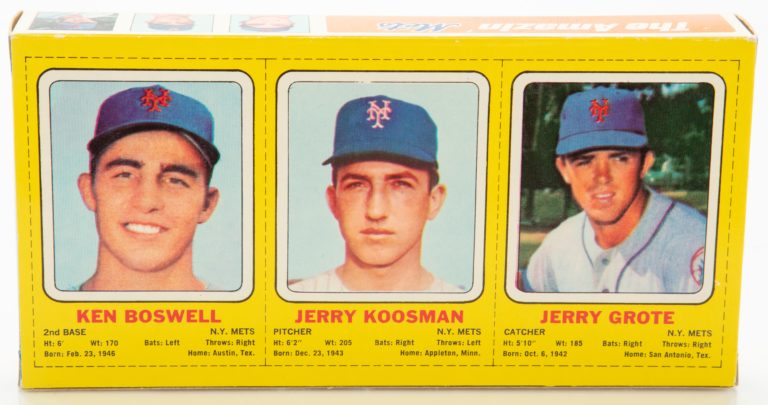 A second baseman, a pitcher and a catcher made up this set of 1969 World Series figurines. Ken Boswell had only one start in the Series, but he made his Game 3 appearance count with a leadoff single and run in the 6th inning. Ace Jerry Koosman earned the wins in Games 2 and 5, ringing up 9 Baltimore Orioles between both games. His partner behind the plate was Jerry Grote, who was responsible for 29 putouts in the five-game Series. 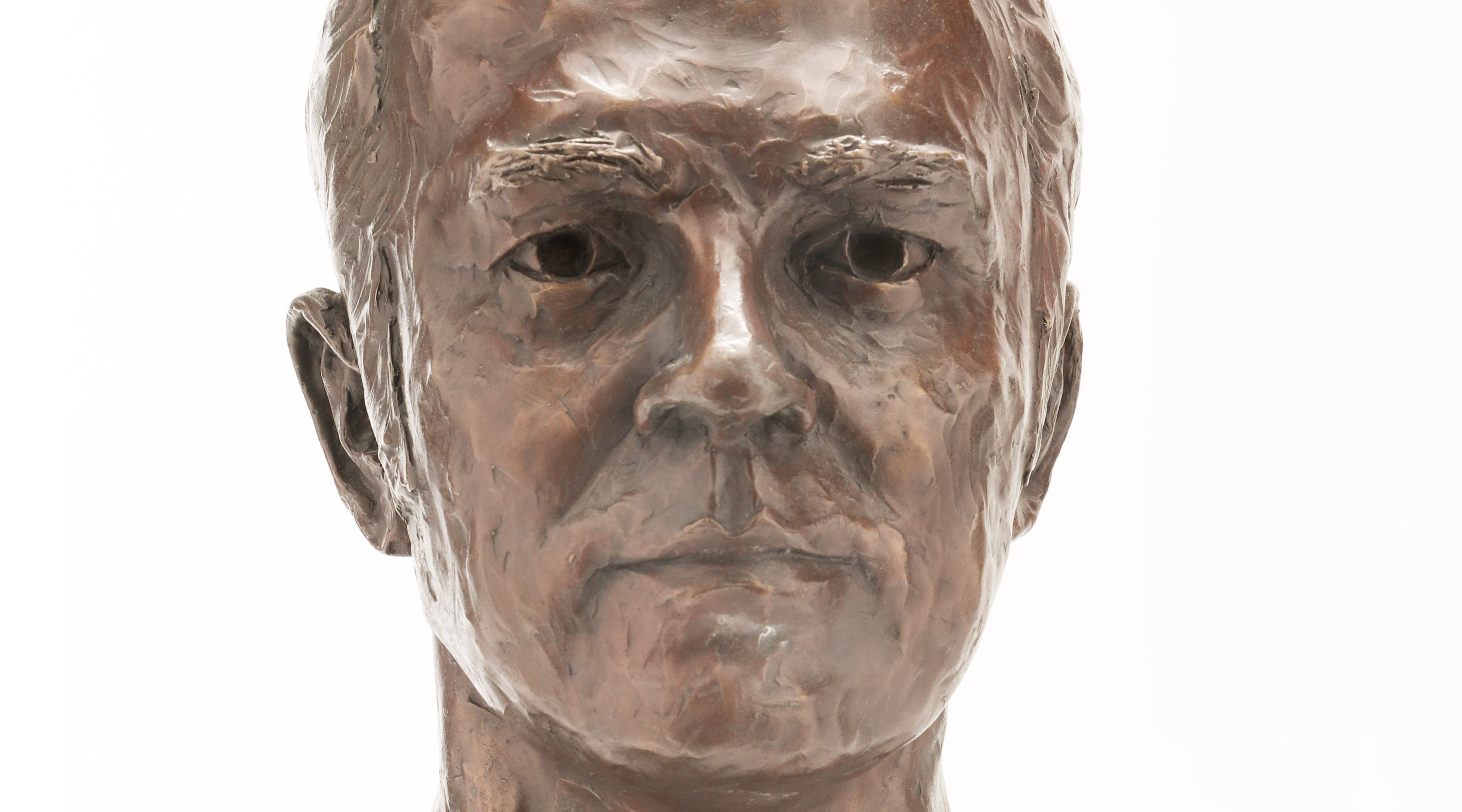 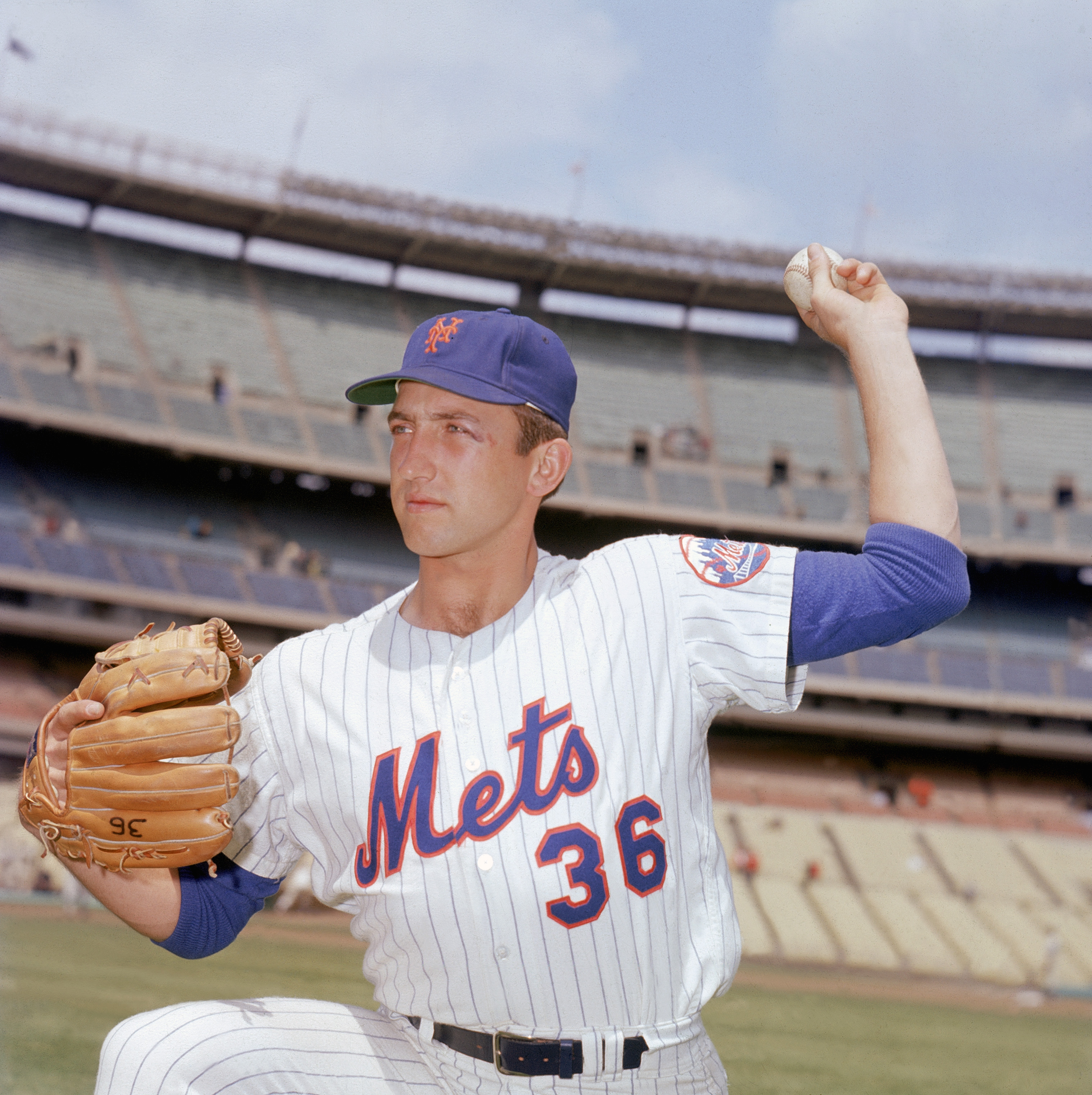 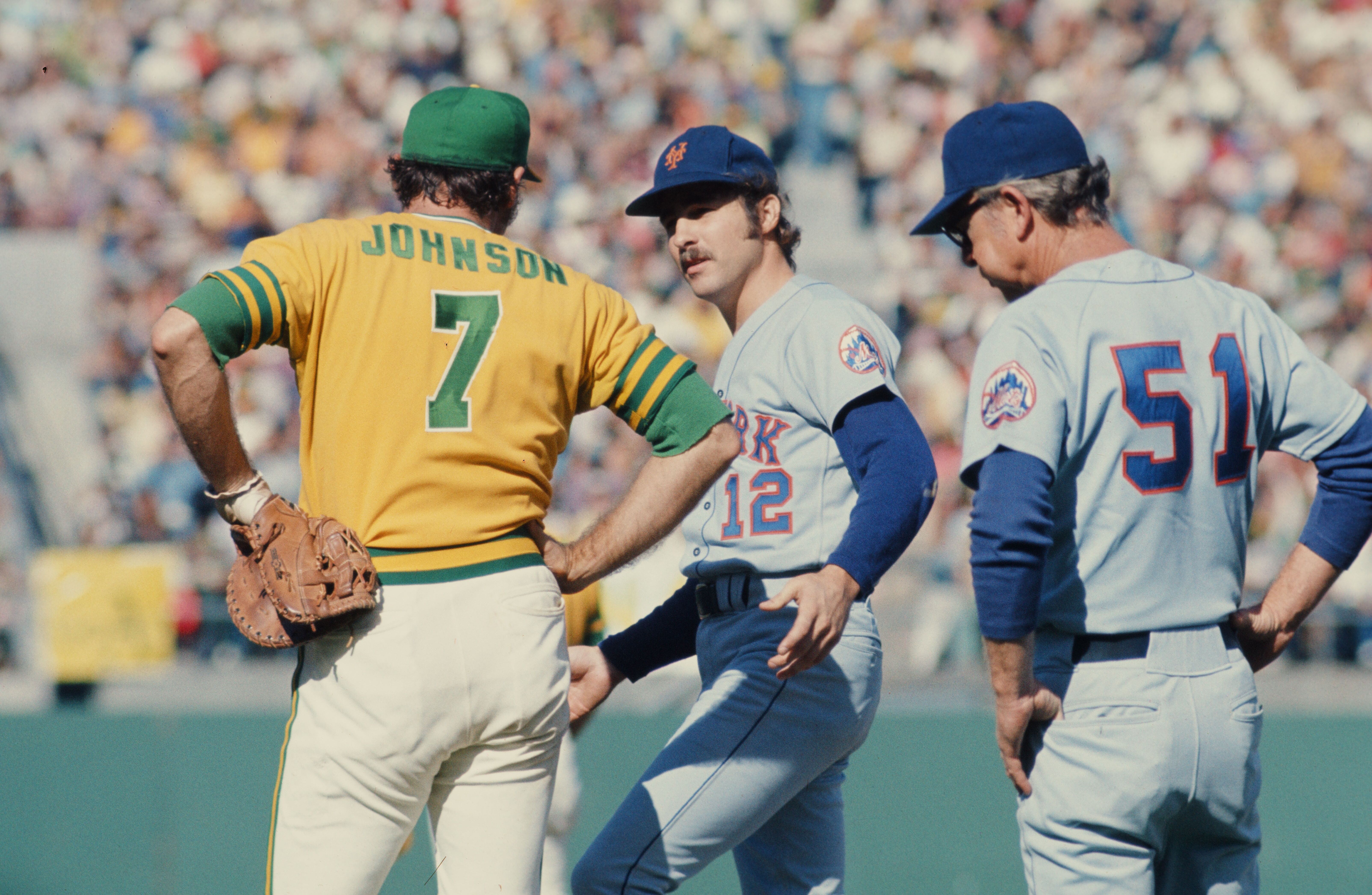 BOSWELL OFF THE BENCH IN ’73 WS
item