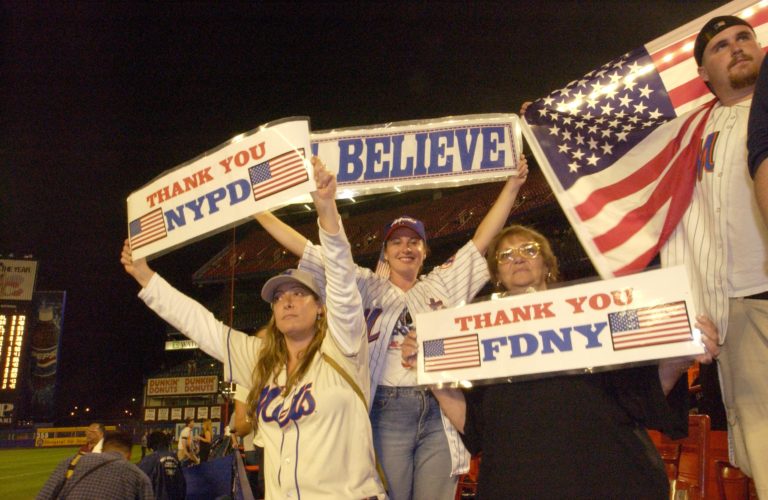 In addition to American flags, Mets fans filled Shea Stadium with signs of love and support for first responders on the night of September 21, 2001, when the Mets played their first game after the September 11 terrorist attacks. Across the entire country, people found ways to emblazon NYPD or FDNY on hats, t-shirts, signs and billboards to support the first responders in New York City. 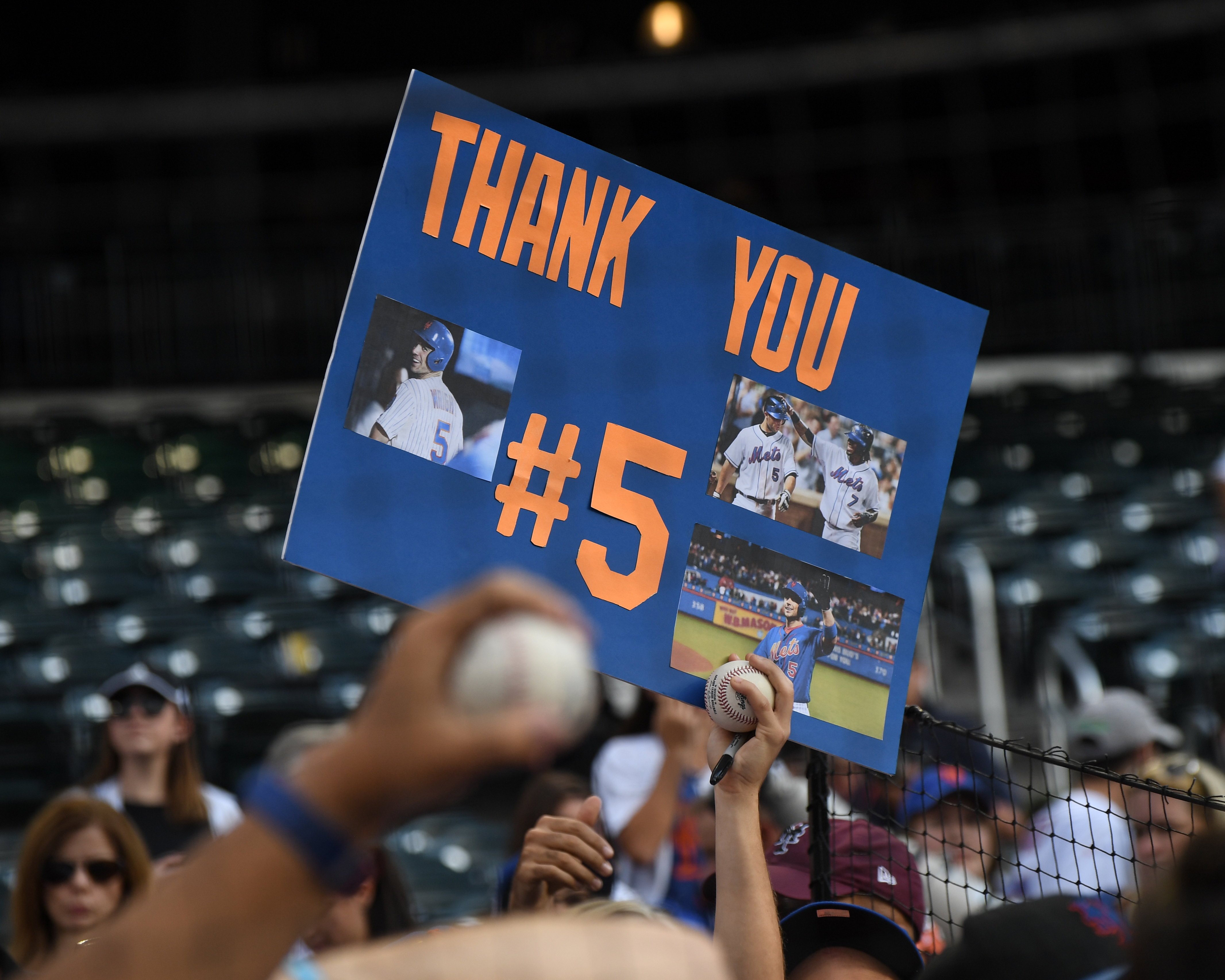 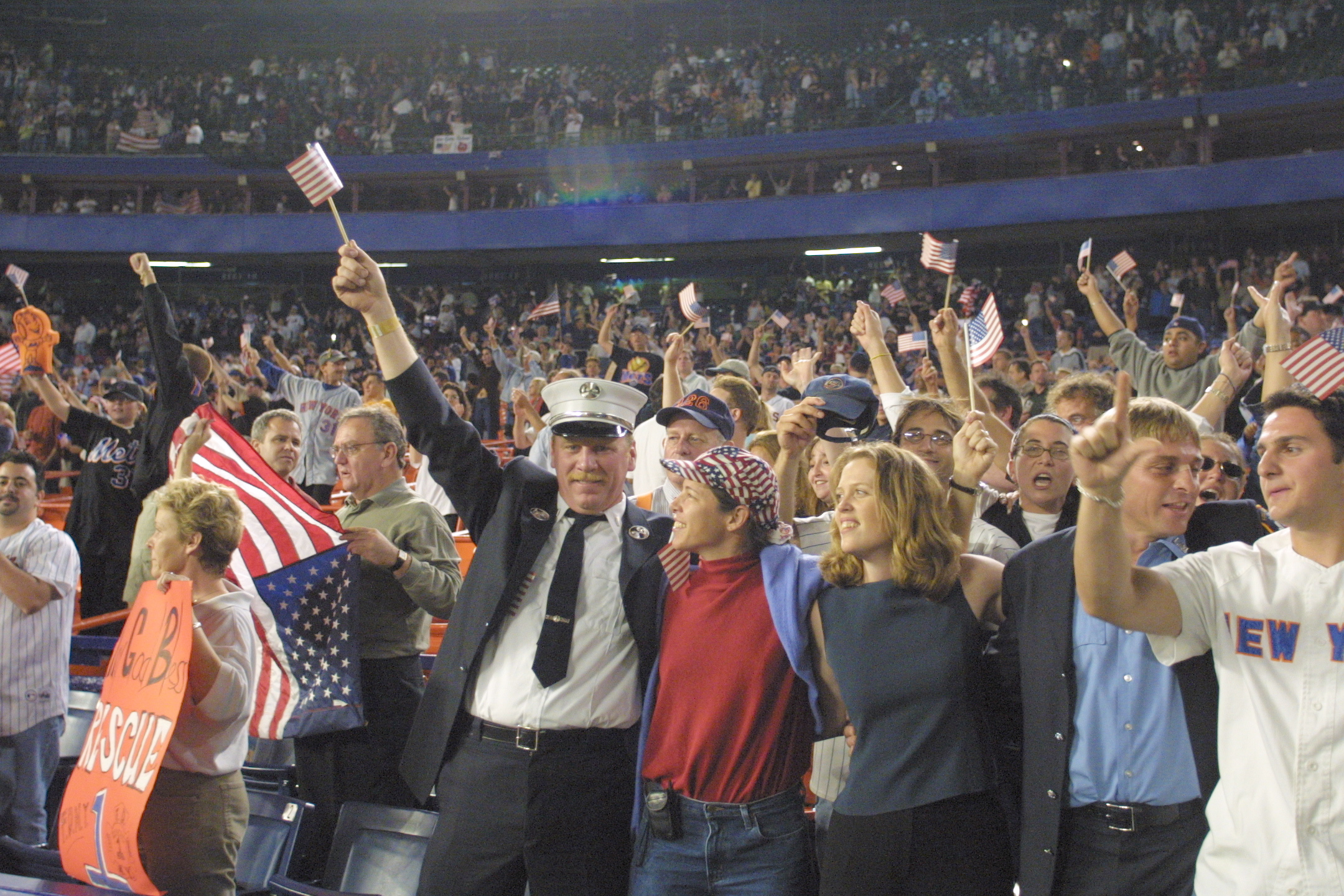 A Crowd – and Nation – Applauds
item 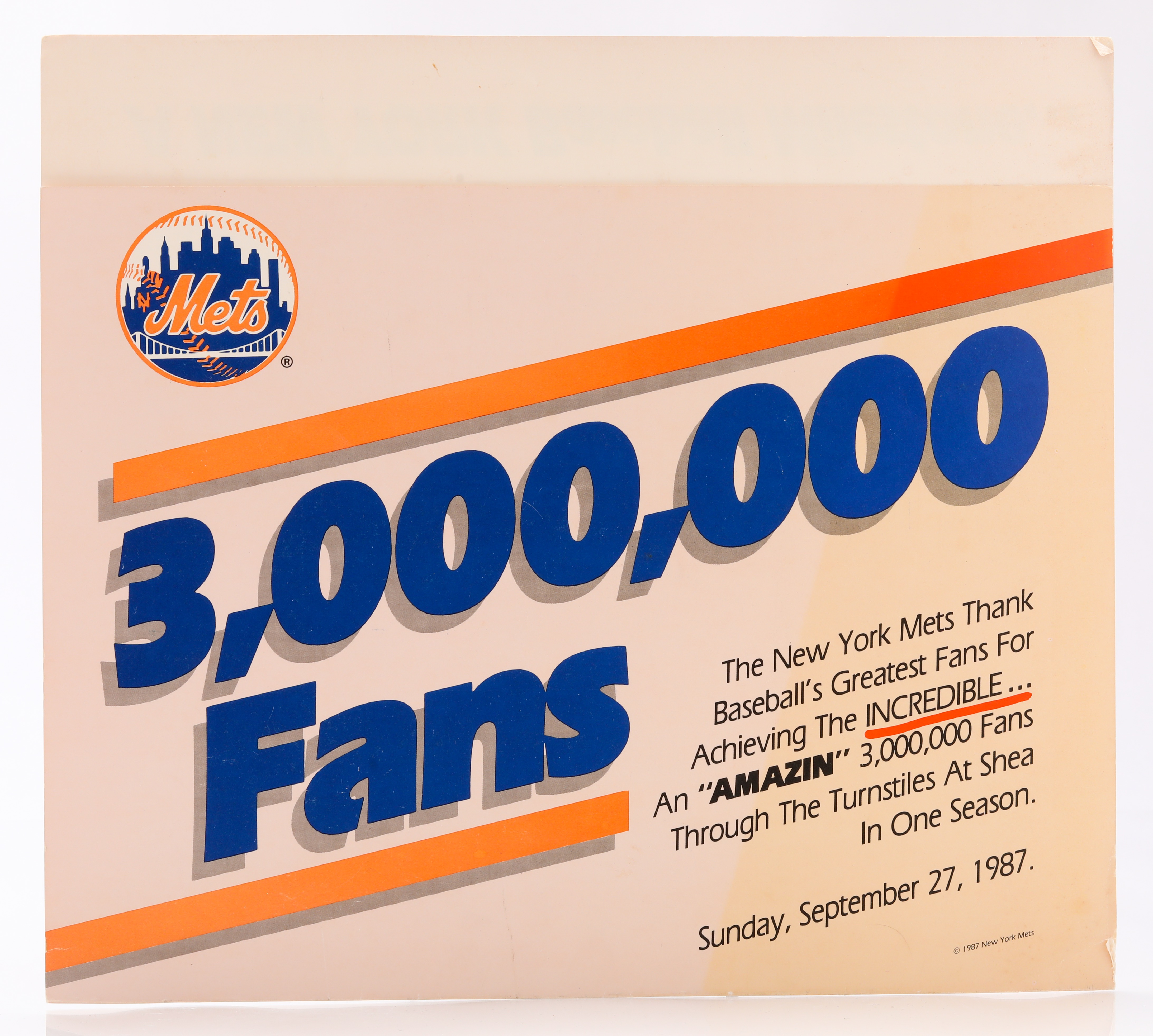