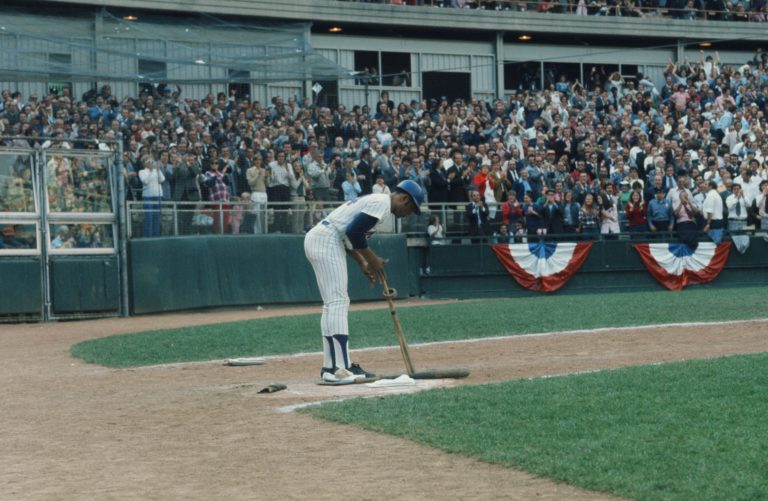 Future Hall of Famer Willie Mays prepared for an at-bat in Game 5 of the 1973 NLCS. He notched an RBI single as a PH in the 5th inning, then finished the game playing center field. The Mets won over the Cincinnati Reds at home, 7-2. “The Say Hey Kid” finished his career as a Met after a long tenure with the New York and San Francisco Giants. It was the fifth time in his career Mays had reached the postseason. 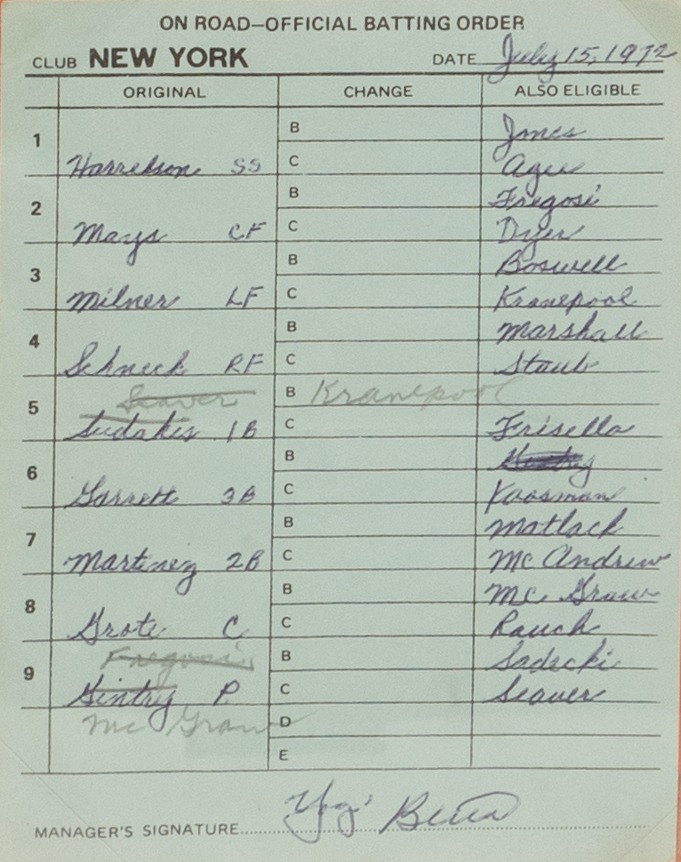 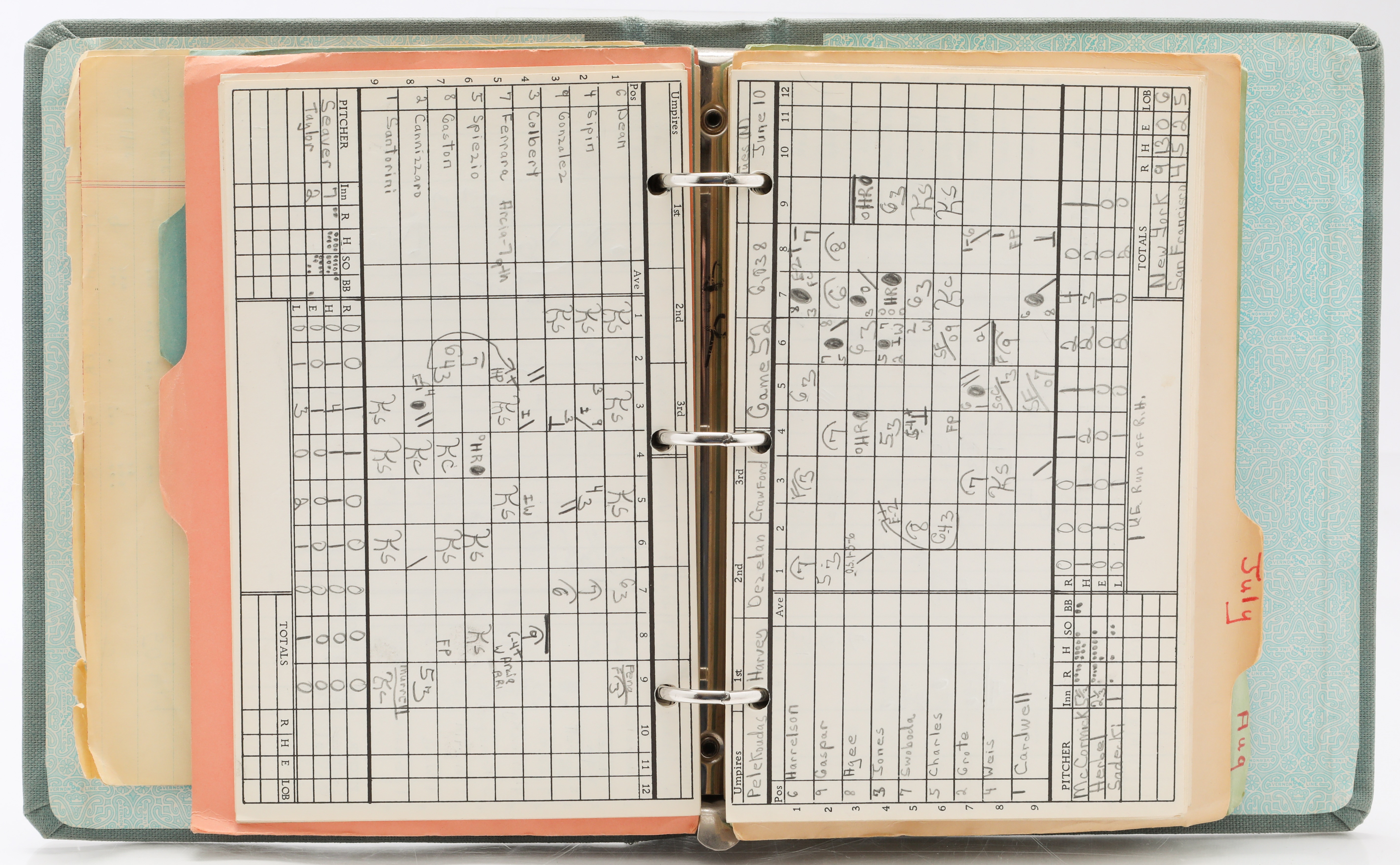