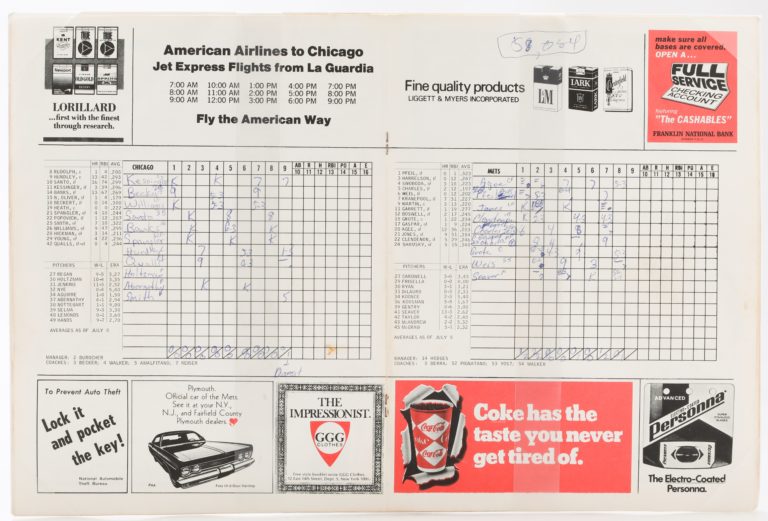 Fifteen-year-old Howie Rose was sitting in a general admission seat the night that Tom Seaver almost pitched a perfect game. The future broadcaster — along with thousands of other Mets fans — watched the franchise go through a “bar mitzvah” that night, Rose later recalled. Not only did fans start to think their “lovable losers” might have a whiff of “champions” about them, but they also realized that Tom Seaver was the first true homegrown Mets superstar. Rose wrote “dammit” when Jim Qualls got a single in the 9th, but the “imperfect” game quickly became a perfect memory. “I hold this scorecard as close to my heart as a kid with a teddy bear,” Rose says. 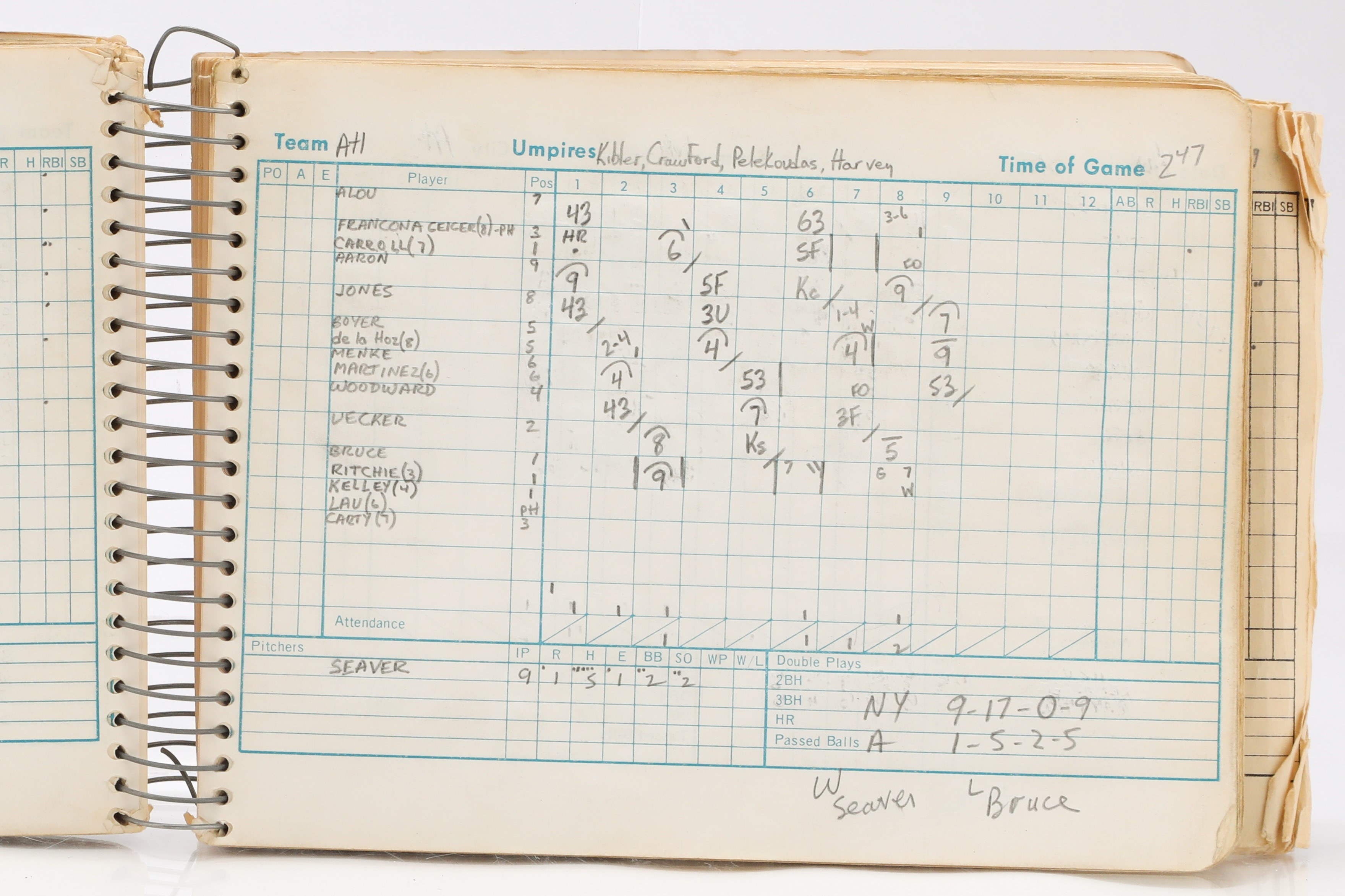 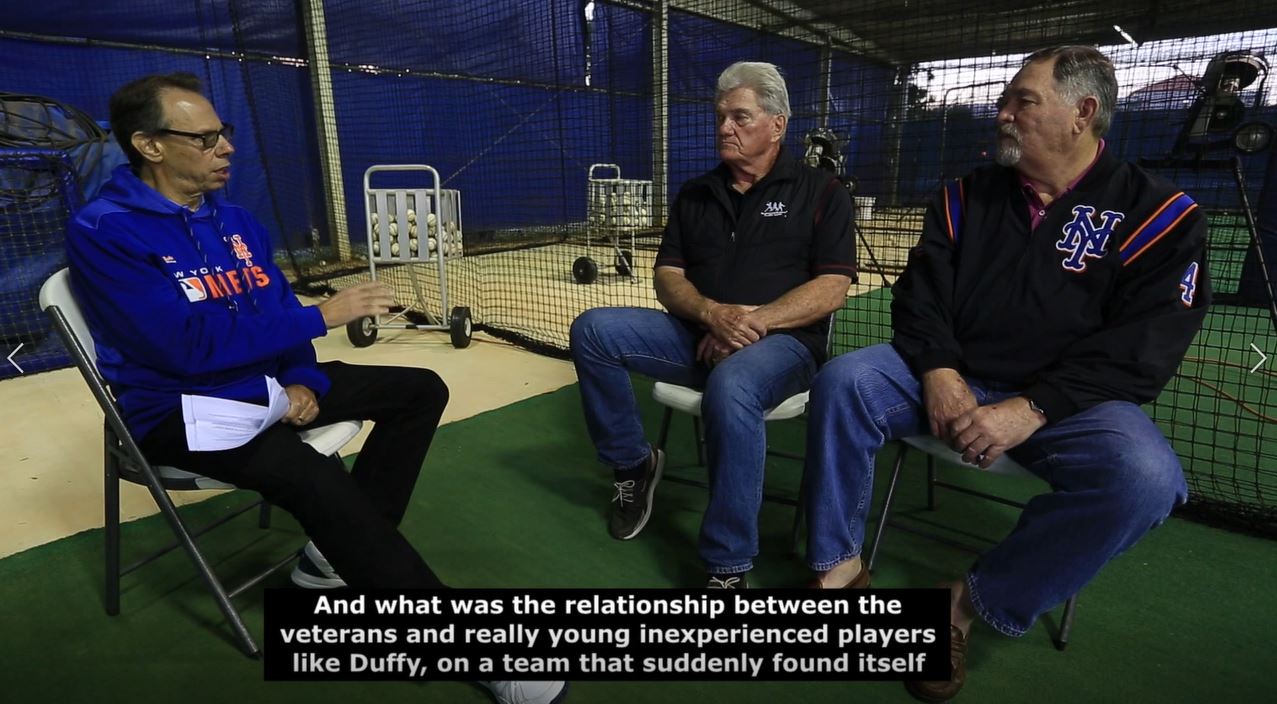